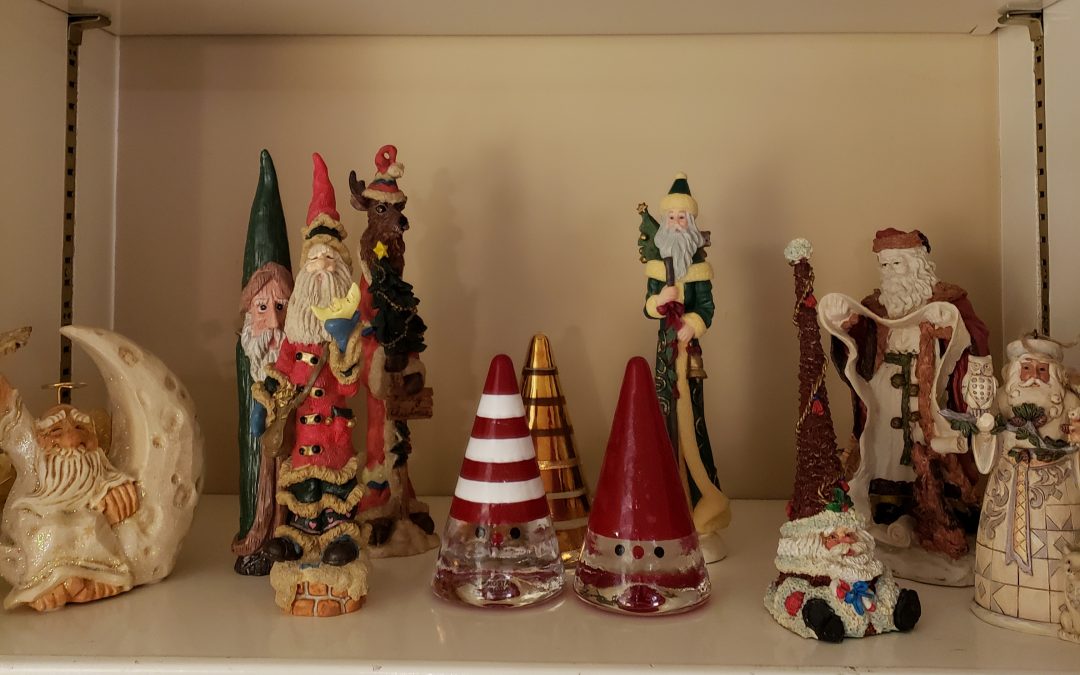 Last year was officially my first Christmas without you but last year’s Christmas was a complete blur coming so soon after December 21st happened. This year I’m feeling your absence.

I woke alone as I’ve been doing for the past 365+ days without you scooting close and wishing me Merry Christmas and warming me up… Today it’s supposed to be in the mid-70s though that’s not the warm I mean. I’m debating on heating the pool again but I think we’ll be too busy to swim. And my knees need a break. And actually, I haven’t been sleeping alone all this time.

White dog has happily moved into your side of the bed. When we were still upstairs, I had to go through this ridiculous routine of getting up and giving her permission to jump in with me else she would just sit at the foot of the bed and whine. Now that I’m downstairs, I’ve had to move an ottoman to the far side of the bed so she can use that as a booster step. Her poor back knees don’t work the way they used to. I suppose that’s to be expected since she’ll be 13 next month. I read this article yesterday: The First Holiday Without a Loved One and found myself nodding along at the idea of new traditions. Our kids were all teens, well, your son was 12, when we got married so we hadn’t had years of little ones around which to establish what we did as a family. Instead, we winged it. As teens, they slept in, and you and I exchanged our gifts alone. In later years, they left home (then they moved back, then they left again) and came with their partners. Then with their kids. There were also friends of theirs who always spent the day with us.

Since moving to this house where we’ve lived now for six Christmases, we’ve had large gatherings and small, big meals we spent hours on and others where we threw a slab of salmon on the grill when it was time to eat. So we’d already started changing things up. We never set a specific time for everyone to come by. And we never insisted on a specific date. Christmas Eve, Christmas Day, morning, noon, night, whenever. We were easygoing that way because with four kids and their extended families it made for much less stress not to insist as some do.

It’s going to be a good day though we will miss you. Your son is coming over. I haven’t seen him in a while. My son won’t be here but they came down from Colorado at Thanksgiving with the kids. And of course, the USPS did NOT deliver the Priority Mail box of their gifts yesterday as it said, so we’ll have to video chat with them tomorrow to watch the festivities. But they’re easygoing about the holiday, too. Last night, I joined our youngest daughter and her guy for dinner. They’ve been going out on Christmas Eve for a while and it was lovely to share that with them. So, yeah. It’s going to be a good day. A bit of an empty one, definitely low-keyed. I still haven’t wrapped a couple of gifts. Instead of a tree, we have some of my Santa collection and your cow lights displayed. I’m thinking going forward, this will be enough though we’ll see how I feel next year. And we don’t have stockings this year. I did send one to each grandkid but your stockings will be missed by all. I think that tradition is one we’ll consign to the past because it was yours… stocking stuffed with booze-filled candy and flavored coffee and fruit and batteries and lotto tickets and mini-flashlights and jam and lime curd and canned cheese and silly string and safety whistles and socks and dog toys and cat toys and the list goes on. I loved divvying up the loot you’d bought every Christmas Eve with you. Your stockings were legendary.

None of us will ever forget the joy you gave us, the thought you put into those stockings.